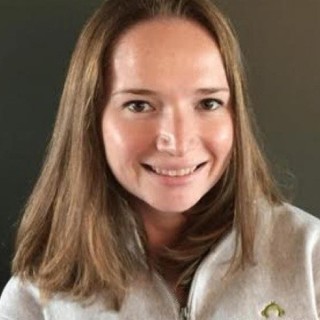 A practicing psychiatrist whose emphasis is on psychotherapy and medication management for patients with depression, anxiety, and schizophrenia. Candyce has an interest in the use of technology in the practice of psychiatric health care. She has served as principal investigator involving medical informatics and social skills training and several research projects .

An annual survey by Monitoring the Future shows that binge drinking among 12th graders has dropped dramatically over the past 20 years. In 1998, 35 percent of teenagers reported binge drinking. From this peak, the rate of teen binge drinking steadily declined, dropping almost by half to 16.6 percent in 2017. The annual survey of 8-12th graders, conducted by the National Institute for Drug Abuse (NIDA) and the University of Michigan, tells us that prevention works.

Can parents now breathe easier and worry less about teen drinking? In a word, no.

It takes a long time to change social norms.  Alcohol consumption among young teens was considered to be not a “big deal” when prevention efforts began in earnest in 1980 with the founding of Mothers Against Drunk Driving (MADD).  MADD spurred a national movement to keep drunk drivers off the streets and educate teens about the dangers of drinking alcohol. Students Against Drunk Driving followed suit in 1981, directly engaging students across the country. More organizations, such as DARE and the Partnership For Drug Free Kids, were formed and these concerted efforts to educate youth and their parents about the dangers of early drug and alcohol use significantly reduced teenage substance use.

However, in the 90s, after initial public enthusiasm died down, there was an astronomical spike in teen binge drinking. In response, government-backed agencies and independent nonprofits alike flooded the airwaves with PSAs. Programs like Caron’s Student Assistance Program entered schools bringing this issue of substance abuse back to the forefront.  There’s a direct correlation between these prevention efforts and the current statistic from Monitoring the Future. In fact, most of the 12th graders surveyed in 2017 were born in or around the late 90s, so this is the first generation that grew up entirely in the era of prevention of harmful and hazardous drinking. Prevention works.

Despite all this success, we can’t downplay the fact that teenage drinking is still a major concern.  At Caron, not only do we treat teens and young adults everyday with alcohol as one of their primary drugs of choice, but we also know that most of our patients began their substance use by drinking alcohol at an early age. Research shows that people who start drinking before the age of 15 are 4 times more likely to meet the criteria for alcohol dependence at some point in their lives.

We cannot afford to minimize this issue or reduce it to a rite of passage.

As a leader in prevention education for almost 30 years, we know that the key to prevention is consistency of message and creating an open dialogue with students that addresses their concerns, while also fostering a positive peer culture. Peer leadership programs are an example of an educational and community approach that can make a difference.

We also know that while it may seem counterintuitive – the most important influence in a teen’s life is his or her parents.  So, with this knowledge, what can parents do to help continue to lower binge drinking numbers? Here are a few proven-effective tips for teaching your child about substance use:

Avoid scare tactics. There is no gray area when it comes to underage drinking – you must communicate a zero-tolerance policy. It’s critical to educate your kids, not to scare them. They’re going to be bombarded by messages about alcohol from society, TV, music, and peers, so it’s critical you become an equally steady source of information. Avoid talking about this topic in an emotionally-charged moment.  Use current events to start the conversation.

Teach respect for all substances.  I’m often asked how old children should be before this topic is introduced. My answer is that education and prevention can start long before the teen years. At any age, if you or your children need medication, make sure they understand they are taking it only for a certain amount of time, for a certain reason.   Make sure they see it being measured so they understand too much of any medication can be dangerous. This will help send a message of respect for substances and a diligence for how to use them properly.

Be smart about your own drinking habits. Many of us underestimate the serving size of alcohol and are drinking more than we realize. Really monitoring your own behaviors in front of your children and teenagers is perhaps the biggest influencer. When drinking, ask yourself if the attitude you have about alcohol now is one you’d want your child to have. Are you matching your words with your actions? If you’re drinking to excess, that’s the message your perceptive child will take in, not what you say afterwards. This is also the time to introduce the fact that addiction is a disease – one that is hereditary. If you have a family member with substance use disorder, you need to relay your child’s heightened risk for the disease.

Be honest about legal drinking. Yes, once your young adult is 21, they are legal. However, they need to understand that the risk doesn’t end with legal permission to drink. At this age, young adults are still hungry for knowledge, so explain that their brain is still developing, and alcohol still has the same harmful effect it had the day before they turned 21. Alcohol didn’t magically become risk-free on their 21st birthday. Help them understand how they can curb its risks and support them to seek help if they are struggling.

Change the way we talk about teen use. Teenagers want to be like their peers. So, if you’re going to present them with statistics, present them with positive ones that put the healthy decision in the majority. For example, “Do you know that most teenagers don’t drink alcohol?” Show the positive so your teen will understand just by your phrasing that they will be in popular company when making the right decision.

Use the power of information. Teenagers today are the most informed generation. They’ve grown up with technology, information at their fingertips. We need to continue to feed this positive education to help them continue making healthy choices. Used appropriately, technology can also play a role. You and your child can institute a code word they can text you when they’re faced with a situation laden in peer pressure. The text will let you know they need to be picked-up, anytime, anywhere, with no questions asked. You should still have a conversation the following day about what happened – but technology allows for a strategic exit that keeps them safe.

With these tips, the scene is set for further progress.

Prevention works. We must keep the momentum going, with parents leading the way.

Behind the Numbers: Binge Drinking Among Teens is Half What it Was in 1998 Now Is the Time to Ramp Up Prevention Efforts syndicated from https://www.caron.org

Behind the Numbers: Binge Drinking Among Teens is Half What it Was in 1998 Now Is the Time to Ramp Up Prevention Efforts syndicated from https://carondotorg.wordpress.com

A practicing psychiatrist whose emphasis is on psychotherapy and medication management for patients with depression, anxiety, and schizophrenia. Candyce has an interest in the use of technology in the practice of psychiatric health care. She has served as principal investigator involving medical informatics and social skills training and several research projects . View all posts by candyceashleigh